Ražanj is small town located near Primošten and Rogoznica. Traditionally, it was fishing village but at the start of 1970s residents began the building of vacation houses, as well as other tourist buildings and that’s how it became a town. Today, there’s around 160 inhabitants (2011) but during summer that number increases multiple times.
Its tourist popularity Ražanj can accredit to the ambience of peaceful environment, with numerous marinas, beaches, walking trails and preserved nature.
There’s a restaurant, a pizzeria, cafe bar, a butcher, one local shop and info center in Ražanj, but other than that, you’ll have to go to Rogoznica or Primošten. From Ražanj to Rogoznica (2 km by the sea), during the summer season there is a regular daily boat line.

Ražanj consists of a few bays, one of them being Stivašnica bay.

Due to its geographic location, beaches in Stivašnica are mainly rocky, covered with concrete terraces and some pebble stones. Perfectly clean sea, peace and quiet, distance from the noise and crowd, is a warranty of a fully relaxing vacation liberated from everyday stress. For guests looking for more active vacation, in addition to bike paths, there is a sports center with court for basketball and football, as well as Boccia court. Nothing big or fancy, but definitely a place to check out if you like sports. 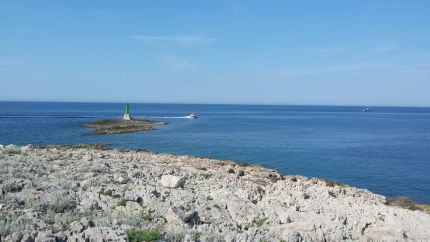 While staying at Stivašnica do not miss to visit Cape Planka (Punta Planka) which is the most outstretched part of the eastern coast of the Adriatic Sea, and it is a geographical and climate divider of the north and south Adriatic. It is a place of strong north and south collision of wind, cyclones and anticyclones, and sea currents. The largest waves of the Adriatic Sea crash there, but on the other hand the sea is as calm as you could possibly imagine. It all creates a stunning natural spectacle which no one should miss because you can neither see nor experience similar things anywhere in the world.

One of the miracles attributed to the Christian saint John, the bishop of Trogir from the 11th century is related to Cape Planka. According to the legend, after the shipwreck by Cape Planka he walked on the waves and saved the lives of King Coleman and all the sailors. In memory of him and his miracles, at this place a votive church was built in 1324.

Church of Saint John of Trogir

The Church of St. John, a protected site of national religious heritage, is located on Cape Planka in a rugged desert landscape. The church is oriented east-west, and is rectangular in shape with a semicircular apse. The church bears the Gothic feature of the pointed arch and the Romanesque feature of the massive flange, and an even older pre-Romanesque tradition is evident in the division of the interior walls with shallow arches between the pilaster strips. Solid in shape, its thick walls were built on whenever it was possible. Though the church is more than 10 meters from the sea, waves carrying destructive salt still manage to reach it. Over time, they’ve encircled the church with jagged rocks that now form part of the overall structure. 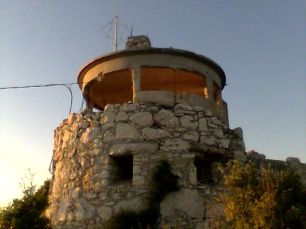 From our apartment terrace you have a breathtaking view on Movar hill, which has historical background as well. Movar is 120 metres high and steep hill and on its top there’s a military fortification built by Napoleon’s army few hundreds years ago. Because of its amazing geographic location and view, fortification has been used for defense and supervising from not only Napoleon army, but others as well up until 60 years ago. Unfortunately, nowadays it has been neglected, but nevertheless a place you would want to visit and witness the toll it took during all of the happenings.

Since Ražanj is not far away from other beautiful places and towns, we definitely recommend visiting them as well.